Confessions of a Witch in the Public School System 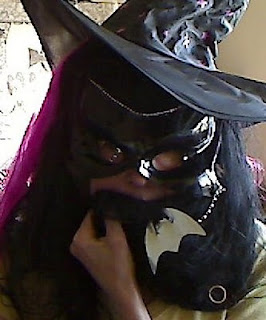 I was once accused of promoting witchcraft within the public school system.

It happened the year I volunteered to represent the teachers at the PTA meetings.

The PTA was looking for ways to raise more money during the annual fun fair and they wanted something different. I mentioned that in my last school the fun fair had always included a fortune teller. I explained that it had been a tradition for the grade six students to write funny fortunes and then a few of them would dress up in gypsy costumes, sit in a tent and sell the fortunes to little kids for 25¢.

It was a lot of fun for everyone.

The PTA was enthusiastic and as I was teaching grade six that year I went ahead and explained the plan to my class.

But I had forgotten about Becky.

Becky enjoyed reporting my every transgression to her fundamentalist parents. She must have thought she'd hit the mother lode that day.

The letter to the principal arrived later that week.

Ms M. was promoting witchcraft and if she went ahead with her evil plan of fortune telling at the funfair, a group of 'concerned fathers' would be going to the Board of Education, the newspaper, the RCMP, Interpol and whatever court governs the galaxy.

Later, after the fortune tellerless funfair was over I asked Becky why, if they were so afraid of witches, she was allowed to read books like 'The Wizard of Oz".

"Oh," she said haughtily, "We know those witches aren't real."

Which meant they really thought that I...

Oh well, it made a great story down at the coven.

Posted by The Episcopagan at 10:05 PM

Darn good thing that we've given up burning witches at the stake! (But I have long wondered what those quiet little chants were that I often witness you engaging in!) 'Fess up! And yet, nothing says lovin' like something from the coven!