Poutine on the Outside 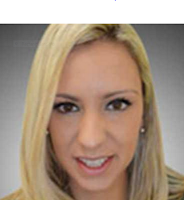 
When I lived in the Yukon in the 1970s and 80s it was a derogatory comment that referred to a native person who had been judged by his or her peers to have become too much a part of the Anglo establishment.

Red on the outside, white on the inside.


I don't know if Quebecers have a similar term for French people who have become assimilated through marriage of geography.

Maybe something like 'poutine on the outside, vanilla pudding on the inside'?


Whatever they call it, if they do call it anything, the fact is the people of Berthier-Maskinongé Riding have one as their new NDP MP.


Now I do think it is absolutely imperative that we get more women into Parliament. And thanks to the NDP things are better this time around than they have been - 25% of the MPs are now women

BUT there is something not sitting right with me about this.


It isn't the fact that she doesn't speak French - that can be learned, or that she went to Vegas during the campaign - she probably had a pre-booked ticket, or that she let her name stand - that is fairly common, I was aware of something similar in Niagara during the last election.

It is the fact that she had never been to her riding and not only did she not campaign she didn't bother to even visit Berthier-Maskinongé during the election.


Such profound disinterest from a person they chose to represent their party doesn't bode well for the future of the NDP.

The people in that riding were making a statement.


It happens in politics, and Canadians need to be able to trust our political parties to have serious candidates in place for just such an occurrence.


The message o' the week from the press has been to 'give her a chance.'

She'll get her chance. There is no alternative


if she was my elected representative in the House of Commons I wouldn't be very happy with the NDP right now.
Posted by The Dancing Crone at 1:03 PM

I guess, in her defence, she didn't expect to have a snowball's chance in hell of winning. And who would have thought otherwise until the last 10 days of the campaign? Not even Jack Layton himself, I'm sure! At least she's stepping up to the plate now instead of resigning and forcing an expensive by-election.

I'm actually more put out by the party than by Ms Brossard. Evidently she was just trying to be helpful. And it's not just the NDP, evidently they all field these types of non-candidates, it is just that the NDP got caught.