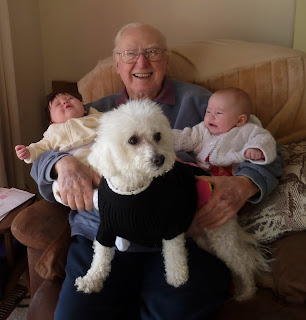 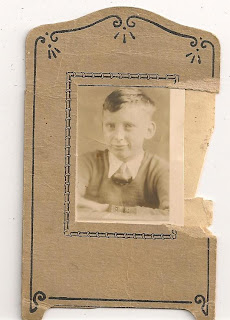 When I left the hospital last night my father  whispered,
"I heard you crying.  Don't be upset when I die. I've had a good life, a good wife, a good family. Who could have asked for more?"


We were called back to the hospital at midnight but by 1 a.m. he had stabilized.
We left about 1:30.


I woke up at 5:30 and puttered around, so tired now, I'm never really sure why I'm in whatever room I'm in - but always waiting for the phone to ring.


About 9, I went out for groceries.


A lady was ahead of me at the checkout line talking to her red-haired three year old son.

I guess it was the hair.


I suddenly remembered my red-headed Dad telling me how humiliating it was during the Depression to have to go to school in a shirt made out of a sack.


The worst thing, he said with a look that always made me laugh, was the fact that every button was a different shape and colour.


I suppose some day the story will be funny again but not today.

Today I had to put my sunglasses on and hurry out of the store.
Posted by The Dancing Crone at 1:06 PM 1 comment:

Email ThisBlogThis!Share to TwitterShare to FacebookShare to Pinterest
Labels: death and dying, families, fathers and daughters 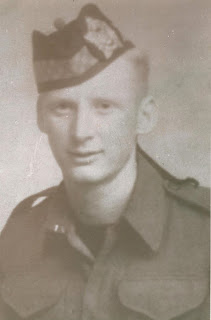 My father took a turn for the worse today.

I've had this letter for a long time.
The Argylls trained in Jaimaica before they went to England for D Day.
The letter was written by his Captain (?) to my grandmother in March of 1942.

She lost her only brother at Vimy Ridge so this letter must have meant a lot to her. 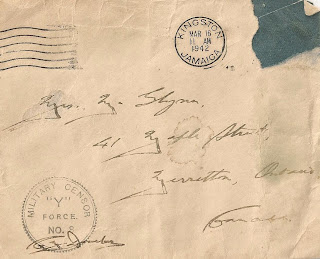 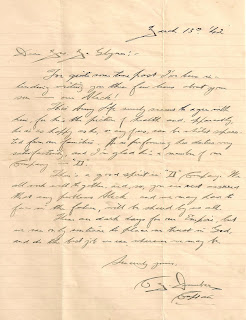 
For quite some time past I've been intending writing you these few lines about your son - our Aleck.


The army life surely seems to agree with him for he's the picture of health and apparently he is happy as he, or any of us can be whilst separated from our families.  He is performing his duties very satisfactorily and I'm glad he's a member of our company - 'II'.


There is a good spirit in 'II' company.  We all work well together and so you can rest assured that any problems that Aleck and we may face in the future will be shared by us all.


These are dark days for our Empire but we can only continue to place our faith in God and do the best job wherever we may be.

Labour Day was a big event in the small town of Merritton, Ontario, when I was a kid in the 1950s.


Most of the families were dependent on the work the men got at the paper mills that sat on the edge of the Welland Canal.
Consequently, Labour Day with its show of force by the unions, was one of the most important holidays of the year.


But the factories are gone now and in recent years the unions have been in such disfavour that the Labour Day Parade was renamed 'The Community Days Parade' or something sad like that.


And the unions were only allowed to march after the parade was finished.


It was a grim state of affairs.


But this year was different.


Labour was back and in a big way.
Peter Kormos led the parade and it gave everyone a chance to say thanks for his years of public service. 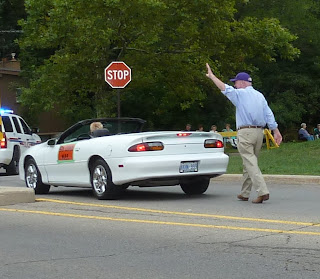 No more relegated to the back of the parade, the blue collar (and yes white collar workers, too, Debra), marched at the front, in the middle and at the end. 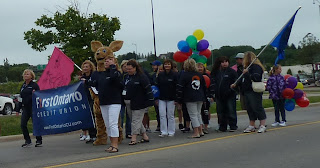 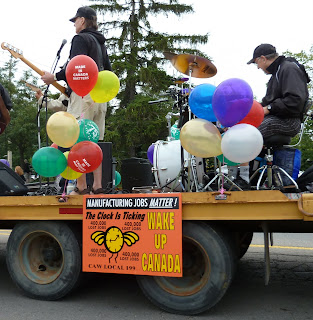 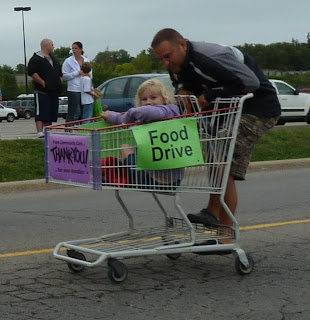 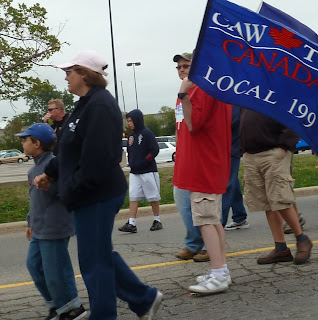 I don't hold out much hope for the big unions.

But I would sure be happy to be wrong!

Poisoned On the Marge of Lake Leberge 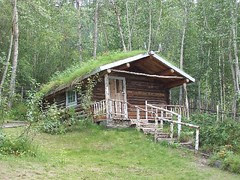 The Cremation of Sam McGee


There are strange things done in the midnight sun


By the men who moil for gold;


The Arctic trails have their secret tales


That would make your blood run cold;


But the queerest they ever did see


Was that night on the marge of Lake Lebarge


I'm quite familiar with Lake Leberge.


It is just a few miles north of Whitehorse.


I've been out on the lake and I've driven by it more times than I can count.


It always gave me a tingly feeling up and down my spine.

Maybe it was the coldness of the water.


Maybe it was the history - it was on the route thousands of prospectors took to Dawson City during the Gold Rush of 1898.


Maybe it was the way the roiling storm clouds gathered so quickly.


Maybe it was the souls of the indigenous people who live in nearby spirit houses ...


Whatever it was, it affected me deeply, (no pun intended).

Or I did until today.

Today I found out that by 1991 the lake had been poisoned by a pesticide called Toxaphene.


Toxaphene can damage the lungs, nervous system, kidneys and can cause death.

And all I can think about are the days when we were told to stay inside our houses because 'they' would be spraying mosquito larva.


And a plane would roar over Whitehorse and drench the town in a pesticide and being young and fearless,

I wouldn't always wait the prescribed amount of time before I went outside again.

Excuse me while I go and get my kidneys and lungs x-rayed.


Note: The ban on eating fish from lake Leberge has recently been lifted.