Is There Life After Church? 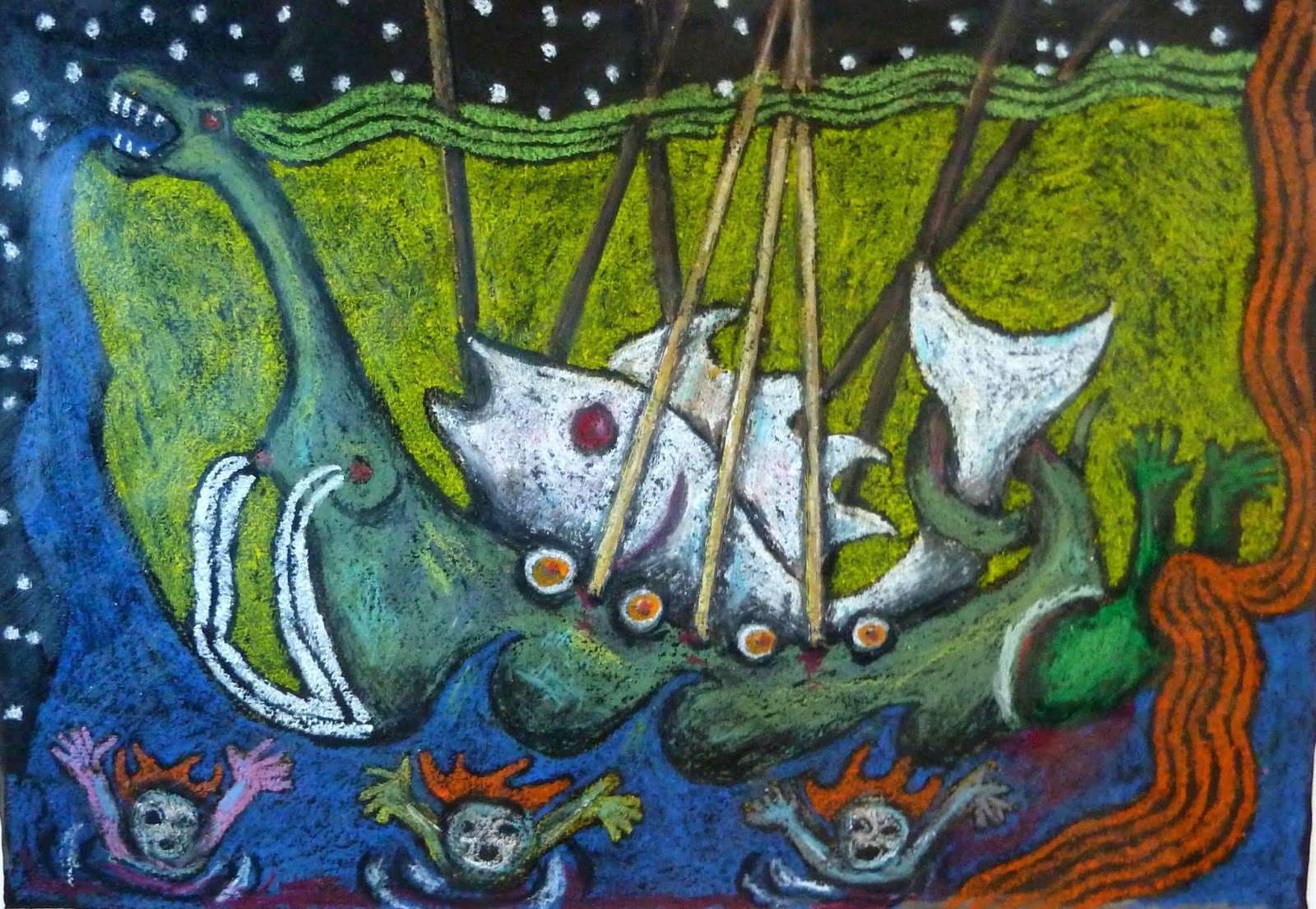 As Christians watch more and more mainstream churches stagnate or close their doors it appears that some of them aren't prepared to go down with the ship in the traditional patriarchal manner.

Some really good and decent people are trying to grapple with the baffling question of what went wrong by incorporating rock music, multi-media, female pastors etc, etc. into their churches hoping to resurrect a dead horse.

My personal opinion is that we won't really be able to understand Christ's message of peace, compassion and equality until every Christian church is closed.

We need to start again.

In the image the divine feminine has surfaced from the deep waters under the church (symbolized by the fish).  The people in the water would rather drown than accept the milk she provides.

But there is hope - symbolized by the new birth that is happening.

Smiling for the Camera 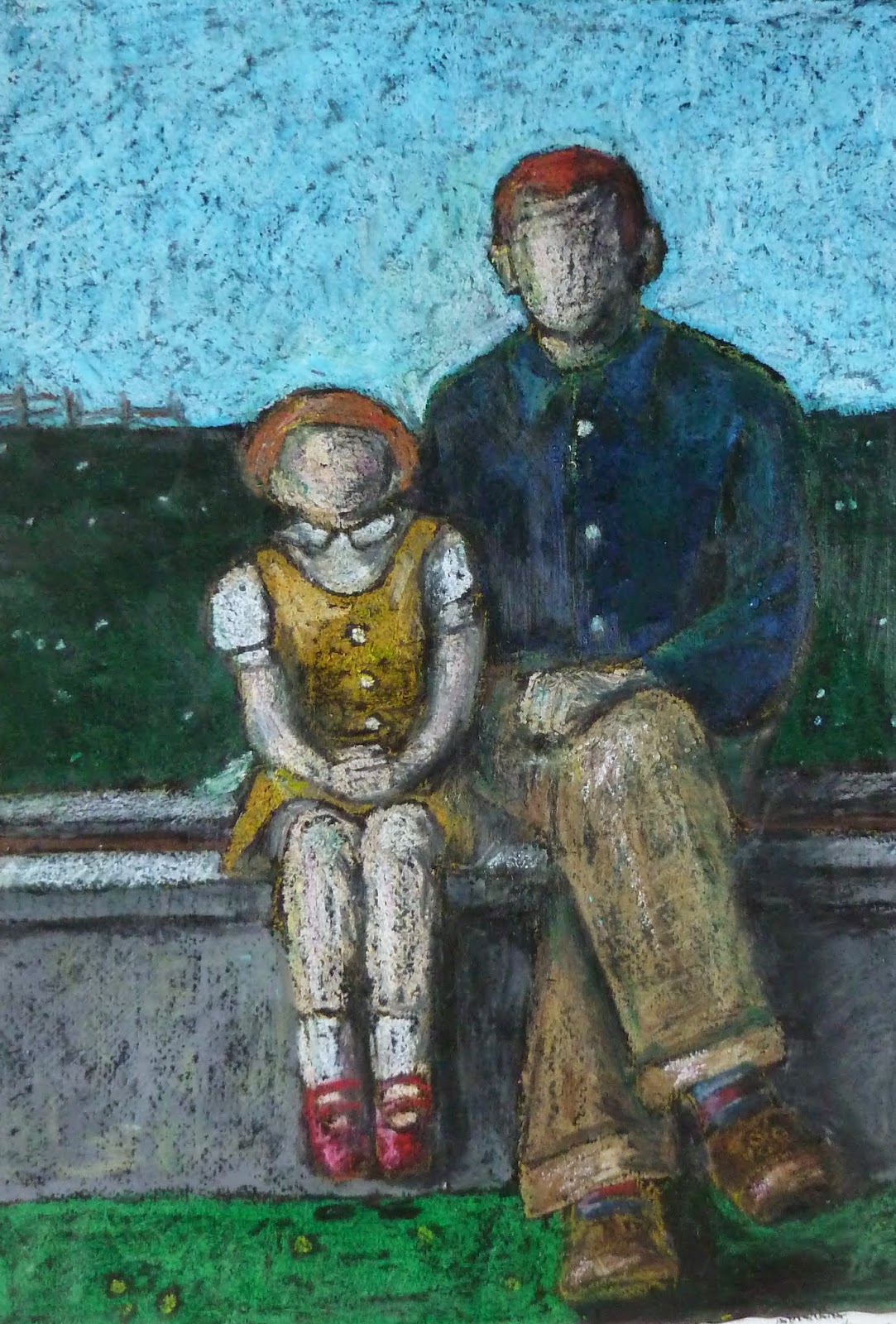 My Dad and I became good friends during his last years but it wasn't always like that.

I was about 5 in this picture and my body language speaks volumes about the dynamics of the relationship.


On a happier note, (I think),  I just got a business licence!

(Okay, I'm a Frances not a Francis but I named my business after my beloved grandfather who used to paint pictures of boats on the factory walls when he was on a break.)

I'm going to try to sell prints of a few of my pictures in an online ETSY store so that I can afford to get some of my work framed.

Or that's the plan anyway.


Oh well as my Mom used to say, "Nothing ventured nothing gained!"

Posted by The Dancing Crone at 7:24 PM No comments:

Still Lost in the 50s 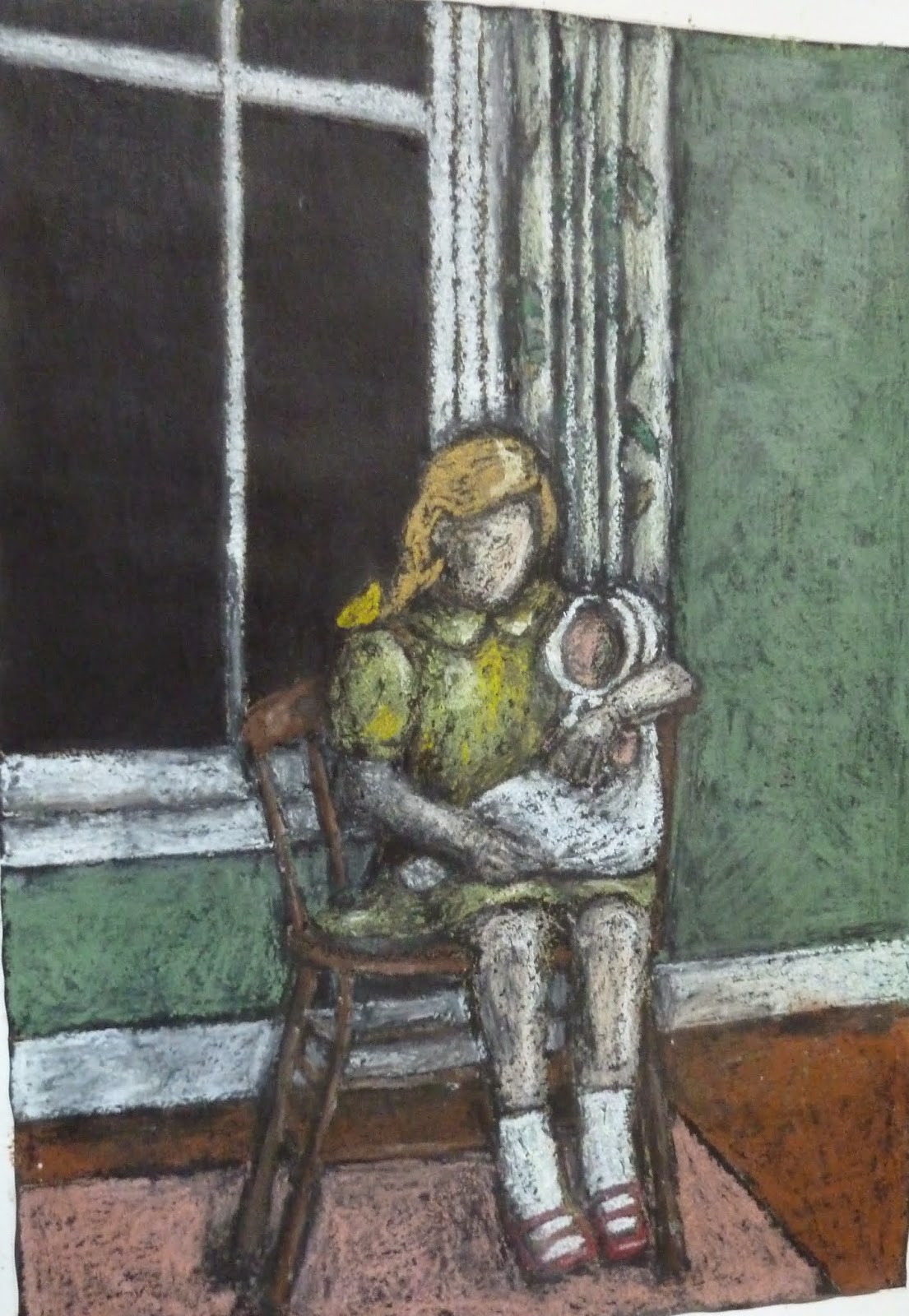 This is one of my favourites from my '1950s' series of pictures.

It is from a photo of my 'oldest' friend Jane holding her doll Alice. We've been friends for almost 60 years.

(Me and Jane not me and Alice.)

The Madonna symbolism was not unintentional.  As soon as I cropped the picture I realized what I was looking at and although that imagery is not as important to me as it once was, the large cross standing between the child and the bleak outside world gives the picture a feeling of hope.

even unto the end of the world."


Posted by The Dancing Crone at 7:54 PM No comments:

She Who Heals the Sea 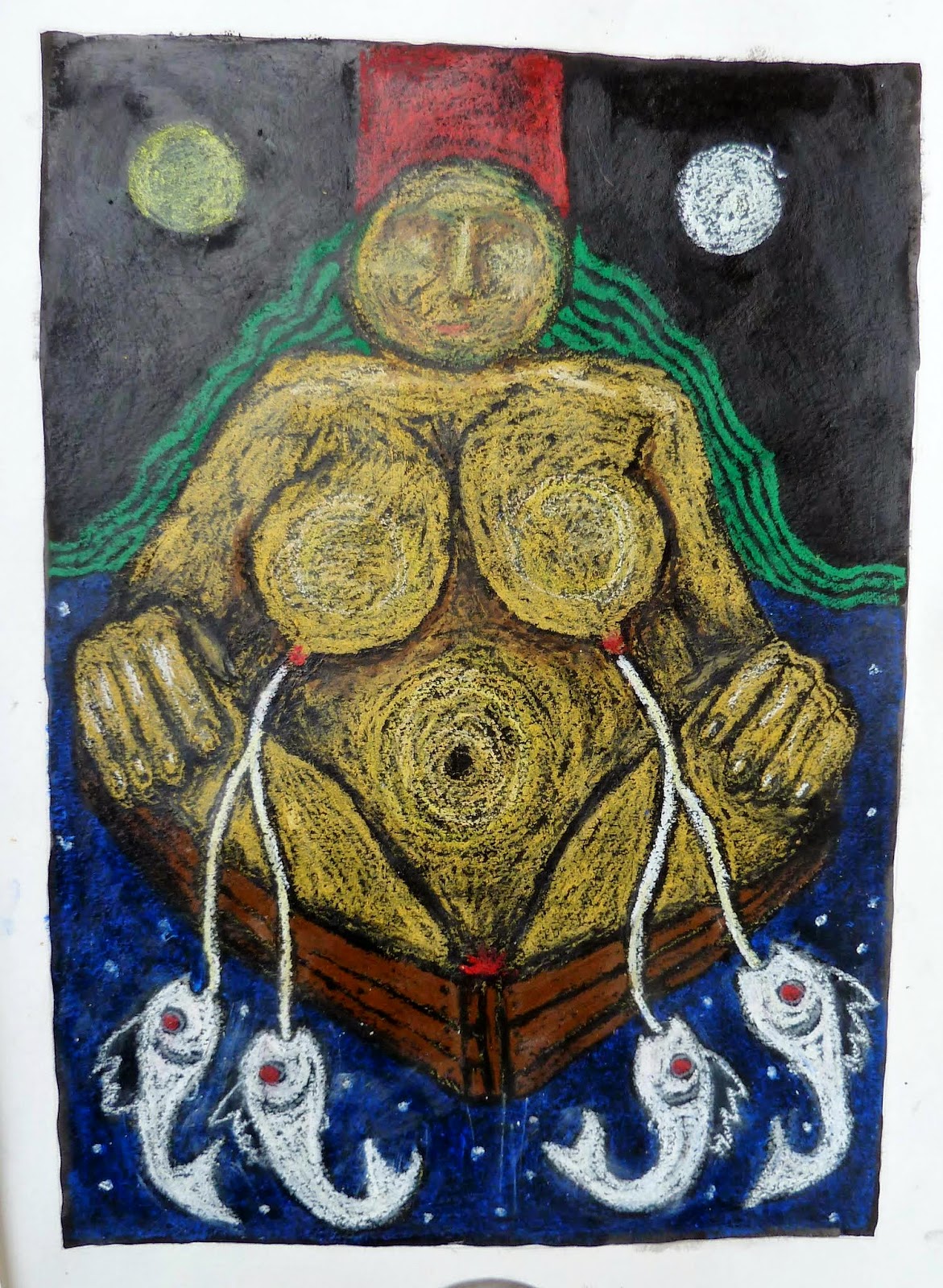 I sometimes think the Life Force, (that from which we come and to which we return), is neither good nor bad, male nor female.

Eternal but not unchanging.

I suspect that we have the ability to unleash and or harness Its power depending on which of the archetypes, (gods) have control of our collective unconscious.

The dark side of the alpha male archetype has had control for a long, long time. Wars, oil spills, genocide, misogyny, terrorism, soulless corporations and weapons of mass destruction are some of His calling cards.

For thousands of years there has been no strong archetype with the female attributes of birthing, feeding, nourishing and caring for the Earth and everything in it who has been strong enough to defeat evil and harness the positive male characteristics of protecting, building, defending, providing, etc.

But She is afoot.

Or in this image 'aboat' might be a better term.

Archetypes grow stronger with each prayer, each new convert. It isn't too late.