Not a Beaver Joke 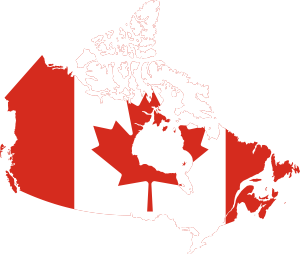 Did you hear the one about the Brit, the American and the Canadian?

It usually starts with the Brit and the Yank boasting
about their history, technology, weapons, size, etc.,
and ends with the Canadian boasting about beavers.
Or moose.
Or lumberjacks.
Or Mounties.
(Okay, okay, it's usually beavers.)
Anyway this one is different.
It starts with a poke at the English and the Americans
and then sets us up for the usual humorous punch-line-at-our-own-expense.
But there is a goofy twist at the end of this joke that made me laugh.

(I've included the original joke in the link at the bottom, but I like this version better.)
I figure that as this is the start of the first full week
of Federal election campaigning and mud slinging everyone could use a laugh today.

Many thanks to my 'oldest' friend Jane G. for forwarding.


After having dug to a depth of 10 feet last year, British scientists found traces of copper wire dating back 200 years and came to the conclusion that their ancestors already had a telephone network more than 150 years ago.


Not to be outdone by the Brits, American archaeologists dug to a depth of 20 feet and found traces of 250-year-old copper wire.  They concluded that their ancestors already had an advanced high-tech communications network 50 years earlier than the British.


One week later the Canadian Department of Mines and Resources reported that amateur archaeologist Jack Lucknow of Thunder Bay, Ontario dug to a depth of 30 feet and found absolutely sweet fuck all.


They concluded that 250 years ago Canada had already gone wireless.

Posted by The Dancing Crone at 8:41 AM

Laughing out loud! Had he dug a little deeper, I'm sure he would have found a Rogers bill.

I love that we Canadians are self-deprecating, (in sharp contrast to many of our American "cousins"), and so proud of it! Humility is a positive trait, to my mind at least!

Sometimes I think it is a survival technique. If we can be humble and/or make them laugh we will seem totally non-threatening and they'll let us do our thing in peace.