Harriet and The Promised Land 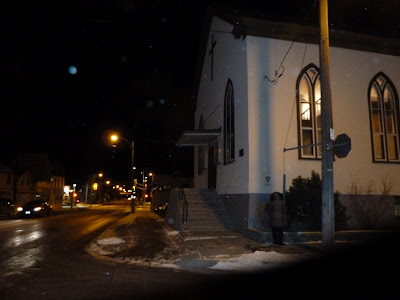 It doesn't look like much, this stretch of Geneva Street in central St. Catharines.


Down-at-the-heel, seedy remnant of better times would be a more apt
description.


But from 1850 to the end of the American Civil War it was a Paradise.
Slavery was abolished in Canada in 1834 and any slaves who made it to the border were given citizenship and protection under the law.
This is where they came. 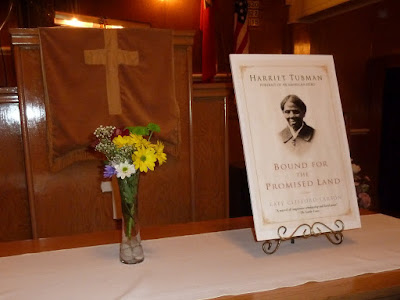 Harriet Tubman made St. Catharines her secret headquarters for the Underground Rail Road after the American Congress passed a law in 1850 that forced Northerners to capture and return fugitive slaves.
She risked her life time and time again bringing blacks to Canada. 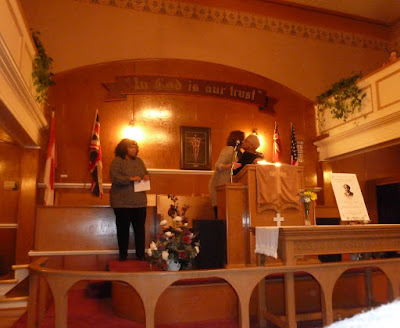 Evidently Harriet Tubman sat in the back pew,

a tiny woman who could neither read nor write. 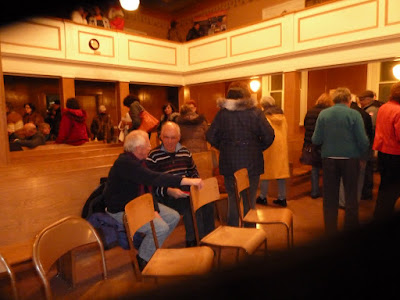 But Harriet Tubman was a historical giant and the church was packed to hear what Dr. Larson had to say.

I have to tell you it isn't easy to sit and listen and accept the inhumanity of those times.


And Canadians cannot be smug.

The ex-slaves faced terrible discrimination after they arrived.


The only difference being that here they were free. 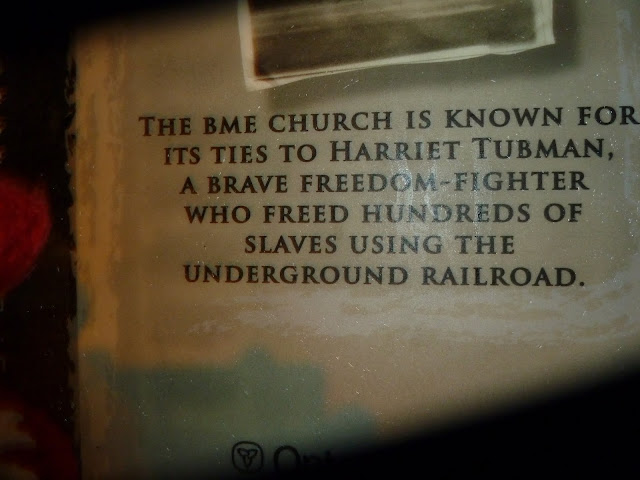 This year marks the 100th anniversary of the death of Harriet Tubman.


I think she would be pleased at how things have changed.


But I think she would also tell us to be vigilant.

Posted by The Episcopagan at 1:56 PM

This is a beautiful piece of history. Slavery is something I will never be able to understand...

Excellent post, Francie. You're right that we have no reason to be smug, given the way we have treated/are treating our own minorities and narive peoples.

Fascinating! A part of Canadian history that doesn't get enough attention.

I cringe whenever I hear/read about slavery, or any other type of inhumanity. Canada has its own things to be ashamed of, so you're right, we shouldn't be smug.

How wonderful that you went to hear Dr. Kate Larson speak about this woman's life. Had I lived closer, I would have joined you!

What an important piece of history. I'd heard this story before - but not for a good many years now. You must have had a fascinating evening. Thanks for profiling it.