I'm a Canadian And So Is My Hat 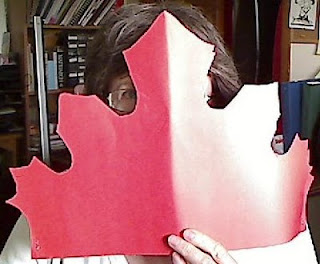 I was quite interested to read that the English, who are expecting an influx of Olympic tourists at some point in the future, are being trained to identify a Canadian standing in a crowd of Americans.

That's quite a feat.
I continued to be impressed right up until I read that their method of determining nationality is to scan our bodies for little Canadian flag pins.
Jeesh.
Canada, we've gotta ditch those things.
Identical twins who don't like being mistaken for each other don't wear minuscule pins that nobody can see, then complain that no one can tell them apart. They opt for a major difference in wardrobe.
If we want to be identified as Canadians then we need to look Canadian. 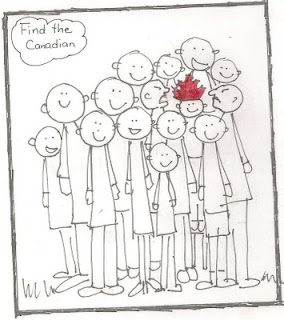 Personally, I'm rather partial to those red rubber maple leaf hats that you see on television during times of great national pride, like whenever we beat the American Olympic hockey team. They should be issued with our passports. 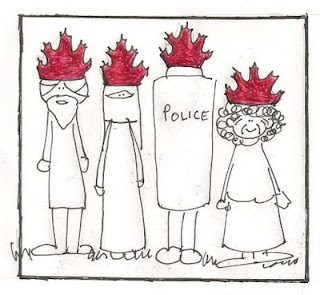 They can be made to fit over turbans, niqabs, police riot gear helmets and your grandmother's new perm. Sort of a one size fits all rubber toque.


Some of you may remember the year the Heritage Minister, Sheila Copps, mailed a Canadian flag to everybody in the country.  There was a bit of a national melt down over the cost, but I'll bet somebody in the Liberal party still has the mailing list she compiled.  Rather than wait for people to apply for passports, maybe we should all be issued our red rubber maple leaf hats right now.

After all, you never know when the Americans will want to play hockey.

And pleasing to the eye, too. Much nicer than those Wisconsin cheeseheads.