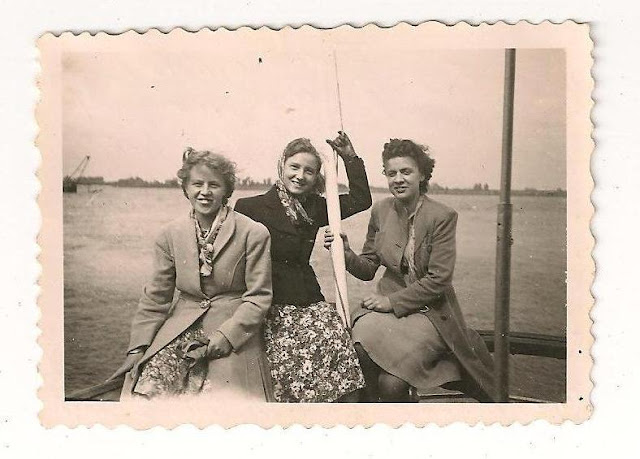 This photo is from one of my father's photo albums.

It is dated 1942 but was likely given to him after the Canadian Army reached the River Maas in 1944 or 1945 by Nelly Verhoeven, the young woman on the left.

"I was billeted in the house of the girl on the left in Holland.
The girl in the centre is dead now.
She helped 45 allied airmen escape and the Germans caught her."

Today there are other people with similar intentions.

Posted by The Dancing Crone at 8:36 AM

That's great and we should remember people like this girl as much as we do the soldiers.

Was your family in contact with Nelly after the war?

Not as far as I know. When i was very small I remember a family that had billeted Dad staying with us us but I believe they were Belgian. I went to Europe in 1988 and tried to find some of his friends but people had moved or died. Sad.

Too bad, I'm sure they appreciate the daughter of a veteran.