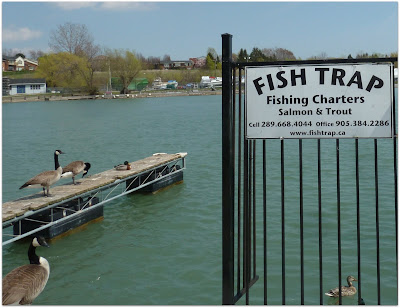 
Who would have believed that the Lake Whose-Name-We-Dared-Not-Speak in the 1950s would ever be stocked with anything other than polio meningitis, two headed carp and raw sewage?


But thanks to many concerned people and organizations Atlantic salmon, last seen in Lake Ontario 150 years ago, are making a comeback.


You can read more about this wonderful project at: 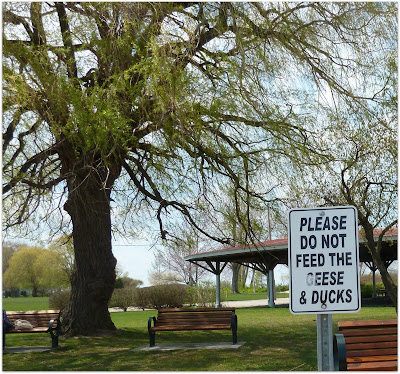 It is impossible to get near this place in the summer, but right now in April, while the leaves are still coming out, it's very quiet.


If you said, "There's a Port Dalhousie floozy in my jacuzzi," people would totally be in awe of your poetic skills. 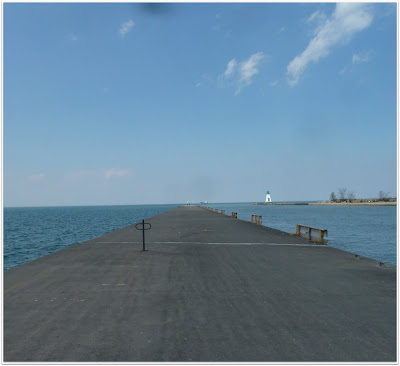 On a clear day you can actually see the Toronto skyline from the pier.


I know that it seems as if whole armies of people swim back and forth to Toronto daily these days, but I remember when the radio flashed the news that 16 year old Marilyn Bell had become the first person to ever complete the swim.


I was a small girl and I remember my grandfather saying jubilantly, "She made it!"


(High fives hadn't been invented in those days, but people did other things like saying,  "She made it!" or "That's amazing, eh?") 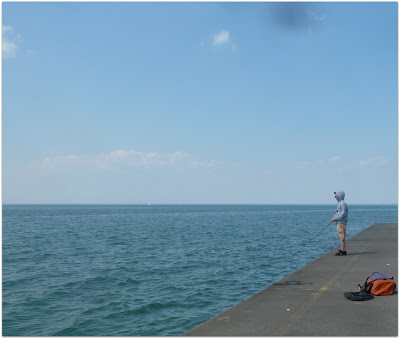 This young man is fishing.


He told me he catches them, takes a picture of them and let's them go.


He was disappointed that he didn't catch anything when I was there but I assured him that I had seen fish before and he seemed happy with that.


There's a speck on the horizon behind him.


It's a laker or an ocean freighter moving towards the Welland Canal.


The Welland Canal allows ships heading for one of the American cities that sit on the Great Lakes, (i.e. Detroit, Chicago,etc.), to get past Niagara Falls.


Which is a good thing because if we didn't trade with the Americans, they might get cranky. 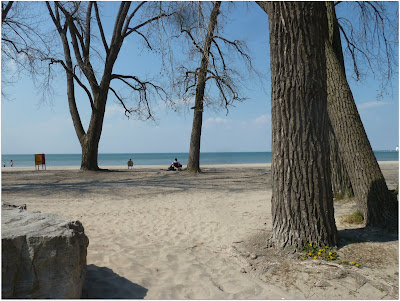 Port Dalhousie is another part of the North End.

Posted by The Episcopagan at 8:44 AM

Great post and lovely photos! I love your sense of humour :) This looks like a beautiful place.

It is always encouraging when some of our previous disasters are put right.
What a beautiful area it is. How far is that swim?

Fabulous post..I loved your bit about boyfriends and fishing..too cute! I was once in PD years ago..it was fun.
Wishing you a beautiful week!
Victoria