Some people believe that when a traumatic event happens
it sends ripples into time
the way a stone dropped into water
sends ripples in all directions.

They believe that is why some people know about a future event
before it happens and
why other people see ghosts from the past. 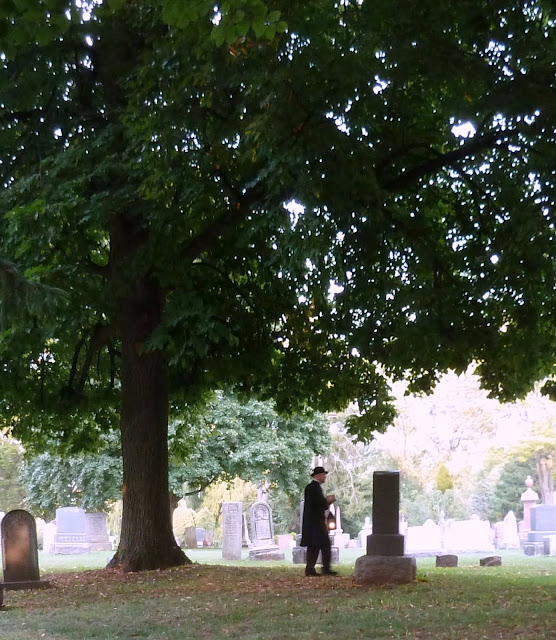 War is a traumatic event.
It certainly rocked Niagara 200 years ago.

And maybe it's because 2012 is the bicentennial of the War of 1812
that so many spirits of the people
who lived though it
and are buried in Victoria Lawn Cemetery in St. Catharines,
have been walking  lately.
﻿ 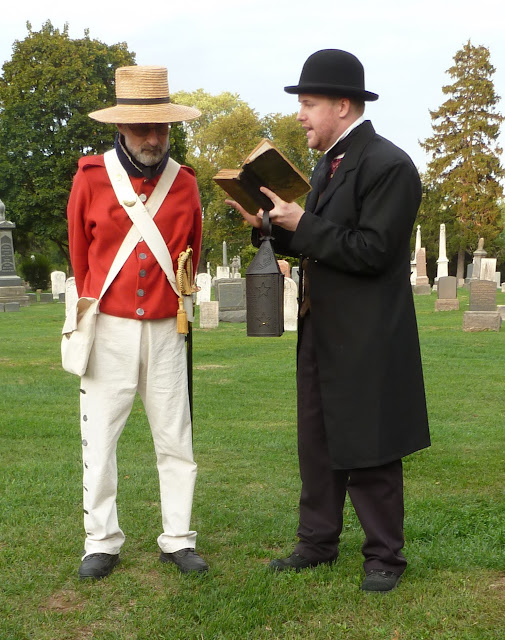 
from the 1912 St. Catharines Daily Standard
interviewing a local militia man from 1812. 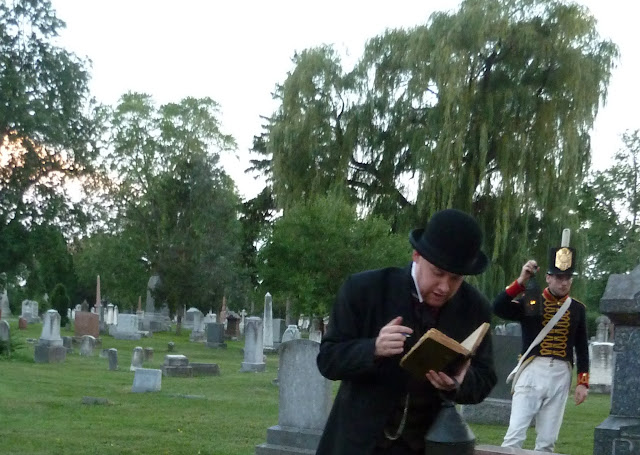 Others insist the journalist was talking to an officer. 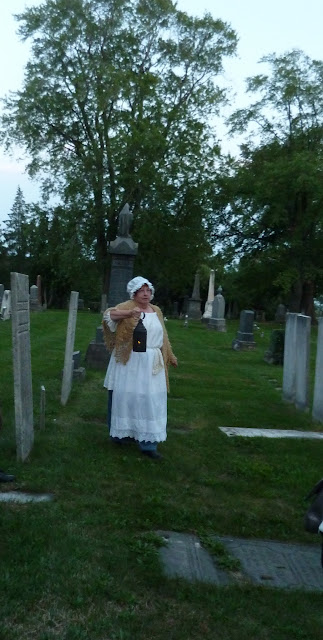 I personally witnessed a woman in a mob hat
holding up her lantern and peering at the names on each tombstone.
I listened to her tell stories of the cruel
war and occupation of Niagara
from a woman's perspective 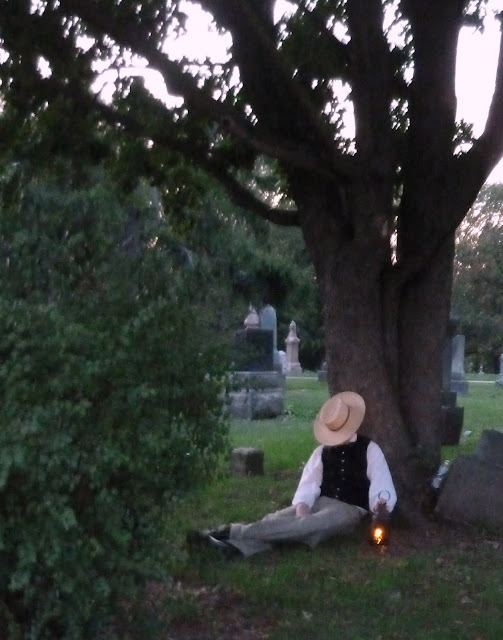 actually the youngest person to serve in the War of 1812

sleeping under a tree.


Such stories of 1812 he told when he was awakened! 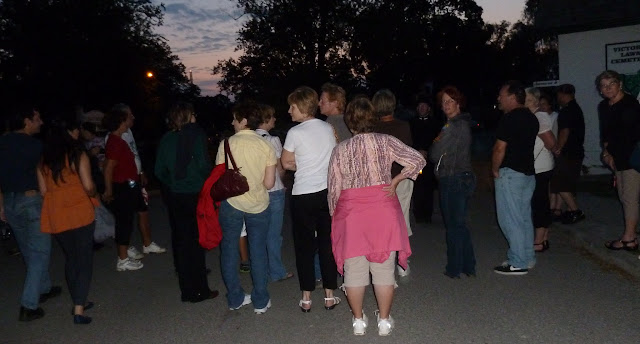 Everyone who was in the cemetery last night

was astonished by these unusual goings on. 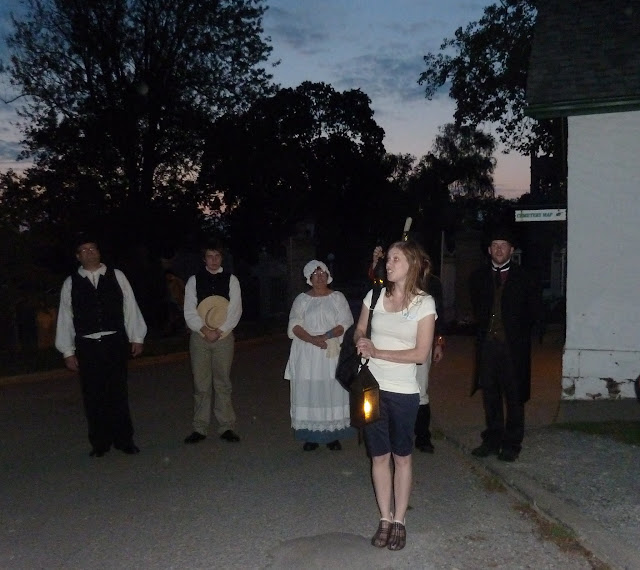 politely bade us farewell at the cemetery gates.


But they promised they'll be back!

And you can see them on the

Posted by The Episcopagan at 8:41 AM

That sounds like a really interesting event. I went on something similar in 'haunted' Edinburgh a few years ago.

What a great event! I'd go if I lived down there!

Right now I'm working on a whole series of blog posts about the Battle of Queenston Heights . . . its bicentennial is coming up in October.

Hahaha...yes, even Canadian spirits would be polite. Great post, Francie. And wonderful event. If I lived there, I would attend for sure -- with camera in hand, of course.

Francie, what an amazing piece of history with a lot of great humor. This is something we would most certainly love to attend.

We need to send some of our spirits to Canadian Beyond School of Ethics. For some reason, around here, the dead are always shaking things, making it cold, laughing like they have no sense. And what the heck is all that flickering of lights thing?

I truly enjoy this graveyard walk with you ;-)

I wish I was closer! I would so go to that! I love the images you conjured up (and took)!

Francie, I have always admired anyone who can use oil pastels. I got this cute collection from Barnes & Noble and let's say I should have saved my money. I am HORRIBLE at it.

O my goodness, how awesome; I would have loved to attend that!