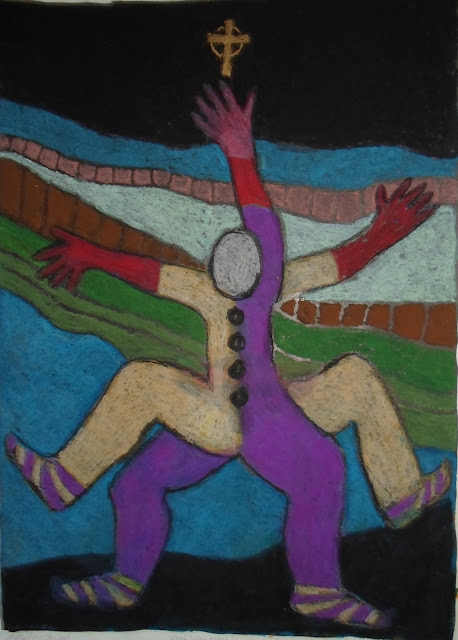 It isn't the image of the three members of the punk band Pussy Riot smirking in the prisoners' box in the Russian Courtroom that sticks with me.


Anyone who has spent time in a classroom has seen bravado before.

It's an image that I didn't see.


An image so powerful that when I read about it, it took my breath away.

CBC news reported that in protest of the harsh punishment


and the role the Russian Orthodox Church played in the whole fiasco,


a woman took a chain saw to a Christian cross that stood atop a hill
that overlooks Kiev.

Ishtar rocks! I love Her so much. I took this class in one of my Women's Studies class and even her name was powerful.

Yes, yes, yes. Ishtar! And like Ana says, even her name is powerful.