The Tears of Old Mary


I was looking at pictures of religious statues last week and came across a Kitchen Madonna.

They are charming statues of the Virgin Mary holding a broom or doing some other form of house work.

They are meant to be kept in a woman's kitchen, hence the name.
.

Of course it is the Goddess, but I won't tell the Pope if you won't.


Anyway, at this point in my life, my concern isn't with my kitchen,

although maybe it should be.


My concern is with aging and mortality.


I began to wonder if the face of the Virgin ever got old.

Was she also the Crone?


Surely She would understand the pain of aging and death. but the muse is back. 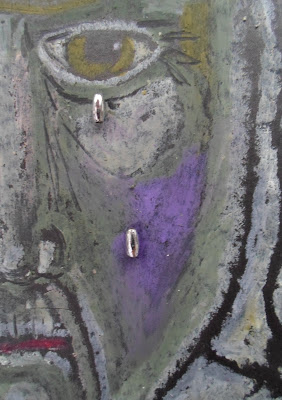 I decided to draw Mary as an old woman. 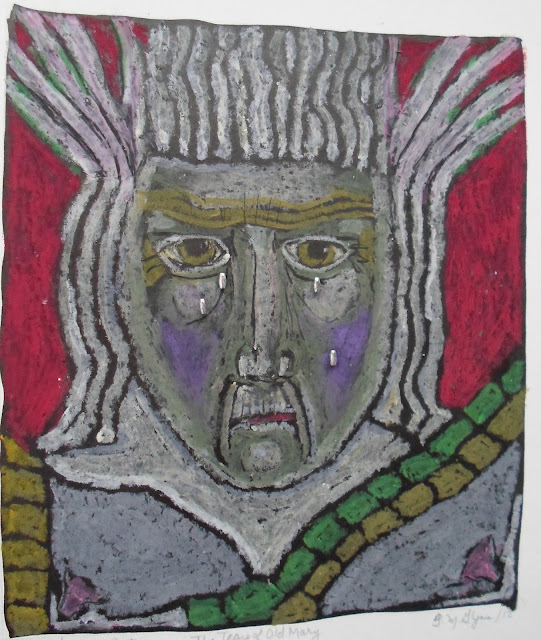 What I saw when I finished wasn't  a Lady of Sorrows.

Mary has an attitude!

you'll be blessed with courage and creativity for all your days!

Posted by The Episcopagan at 11:27 AM

Email ThisBlogThis!Share to TwitterShare to FacebookShare to Pinterest
Labels: aging, death and dying, Goddess worship, The Virgin Mary as the Goddess

Love this post, Francie! I'm glad your creativity is starting to stir once more.

One of the things I love most about Witchcraft if the concept of the Maiden, the Mother and the Crone. They are all beautiful, and all the stages are awesome in their own right; at least I see it this way.

I admire the lines in your face because they tell that you have lived a lot and you have so many stories... so much wisdom. Every one of your posts ooze a kind of knowledge, which I hope to have when I go from mother to crone.

You are an inspiration.

I love your Mary, Francie! I see wisdom & a fierce independence etched on her face. I had no idea you painted - I'm happy for you that the muse has returned.

My concern isn't with my kitchen either now that my children have both grown up. I'm in a lull, trying to find where I fit. It's a hard transition sometimes, although I love the freedom - I'm so used to 'doing' (& being needed) by everyone else...

Wow, Francie, that's amazing! I love this. How wonderful that you have such a creative side to you. I had no idea. Keep it up, and make sure to share your work with us.

Francie, I love this post. I love what you wrote about the Virgin Mary being the Goddess and the lack of imagery of an older Mary... Like you, I have a lot of contrasting thoughts about death. Aging hasn't yet bothered me... but dying has been one of the biggest fears of my life for as long as I can remember.
Your rendition of Mary is one of the most beautiful I've seen, much more real and sacred than the ones that portrays her as that forever virginal maiden.

Beautiful and brilliant! I love your Mary..she is powerful and full of expression and energy...totally fabulous!!
Shine on..thanks for sharing your beautiful art!
Victoria