Secnarf - The Debate and The Constitution 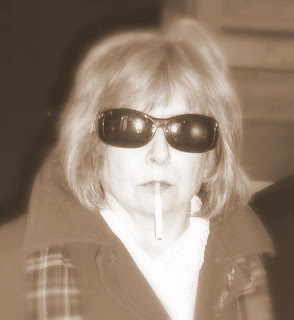 This is the second in my series of interviews with Secnarf the independent Rhino candidate from North Pelham. Secnarf's campaign promises include giving women two votes, taking the calories out of chocolate cake and moving the head office of Bell Canada to North Pelham.

Francie: What do you think about the fact that not all of the Party leaders will be allowed to take part in the televised debate?

Secnarf: I agree with the decision.

It is called a "Broadcast".

Elizabeth May and I are the only broads.

Therefore, although I sympathize with the other parties, the bottom line is that either you have a vagina or you don't.

Francie: You are saying that only you and Elizabeth May should be allowed to debate?

Francie: Elizabeth May is the leader of a national party.

You are a candidate for a party that doesn't exist anymore.

You don't even have a riding.

Secnarf: That's my response to your nitpicking.

Francie: Fine. Then let's talk about your policies.

What are your thoughts on the idea that the constitution should identify one part of Canada as a 'Nation within a Nation'?

Secnarf: I believe that identifying Rural Canada as a 'nation within a nation' is the right move.

The culture and language of Rural Canadians from coast to coast to coast must be protected from the insidious encroachment of the evil city dwellers in Toronto and Montreal.

If elected I promise to see that the constitution is amended accordingly.

Francie: Which culture and language would that be?

Secnarf: Sorry you've had your five questions for today.

Francie: Hey that was only four!

Secnarf: And don't forget to take a lawn sign on your way out.


*﻿
Vote Secnarf
The only candidate who looks like a cabinet minister
*

Posted by The Episcopagan at 9:05 AM

Your chocolate cake platform is enough to secure MY vote, Secnarf!

Thanks. Secnarf considers that one of her most important policies.

~ glad to hear that she doesn't think vancouver is part of the urban problem ....
~ no calories in chocolate ... you mean this handful of choco covered almonds i munching on before dinner wouldn't add to my waistline .... we need a secnarf in our riding in s. surrey/white rock

Secnarf is getting a swelled head. She is beginning to think she will be elected Prime Minister solely on her chocolate policy.