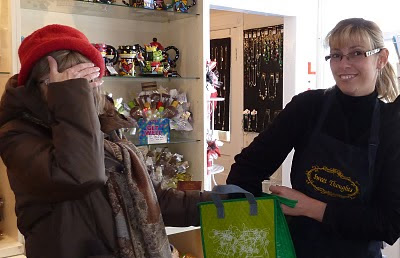 Well here I am back at Sweet Thoughts for the draw.

Bobbi is about to draw the name of the winner of the box of choolates! 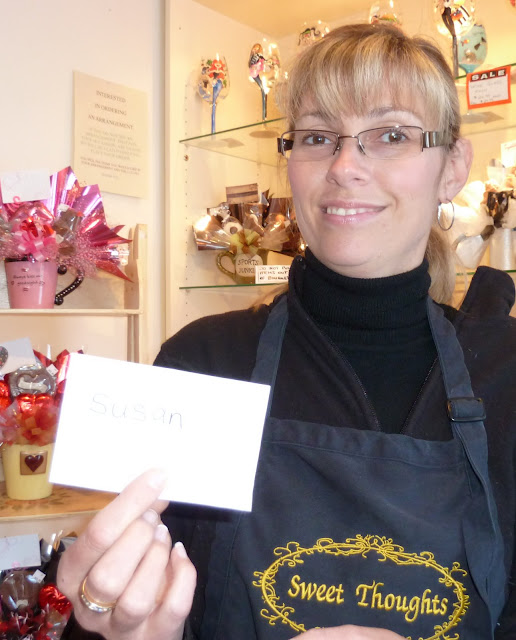 And here is the winner's name!


Okay, well here is the letter 'n' which is the last letter of the winner's first name.

Remind me to take a phpotography course someday soon.

Maggie and Pierre Trudeau were the lovers she suggested.


I'm actually going to have three runners up.

David died Feb 3rd and Charlotte 3 months later ... They are buried side by side in Montreal's Mount Royal Cemetery .... ~

David is begrudgingly known as the world's greatest land geographer ... due to the fact that the Hudson' Bay Co. refused to give him credit for his work when he left them to work for the North Bay Co."

Kara wrote:
It would only seem fitting for my entry to your contest to be " true blue" therefore I am submitting the amazing couple - Sir Winston and Clementine Churchill.

As we are all ...aware of Churchill's political legacy, the love story between him and Clementine, who he referred to in private as Clemmie, is just as memorialized in history as his career. As the saying goes, behind every strong man is a stronger woman, Clementine was the backbone of Winston's personal and political life.

While he was off traveling and strategizing about war, she did tireless charity work surrounding it's effects.

They shared a mutual love for Canada, and both travelled to our great country for various speaking engagements. In 1958 Churchill became the first person to be offered the Freedom of the City of Toronto by Mayor Nathan Phillip. A statue of Winston Churchill currently stands right by Toronto City Hall.


They shared a full and amazing life together.

"My darling, I feel there is no room for anyone but you in my heart, you fill every corner" Letter from Clementine to Winston, August 1908

"Oh, gosh! I thought I missed the deadline. . . and the chocolate! Francie, my choice is William Hamilton Merritt and the love of his life, Catherine Rodman Prendergast.
Why?
Because he was a dashing Dragoon, a self-proclaimed visionary and frantic entrepreneur and she put up with him for nearly 50 years of marriage! Hamilton and his dear Catherine wrote long, lovely, rather formal yet sweet love letters. The first exchange I've seen was during the War of 1812 when they were very young (in their teens at the outbreak of the war) and on opposite sides. The romance continued through his time as a prisoner of war and their long marriage.

An old-fashioned love, and terribly romantic I think.

They were born about a month apart in 1793 and died within 6 months of each other in 1862.
I'm a sucker for love letters.
Posted by The Episcopagan at 8:32 AM