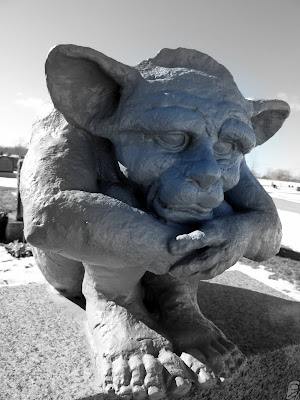 A Grotesque is a figure that makes the viewer feel uncomfortable
because of its bizarreness.
It usually evokes 'empathic' pity.

This Grotesque sits atop a rather ordinary headstone

in a cemetery that is otherwise heavy with Christian symbolism.

He looks as if he is trying to mind his own business.
Sort of like the kid who thinks,

"If I don't look at the teacher she won't notice that I'm here."
But it isn't easy not being noticed if you live among saints and angels

but have the misfortune of looking like a Hound of Hell. 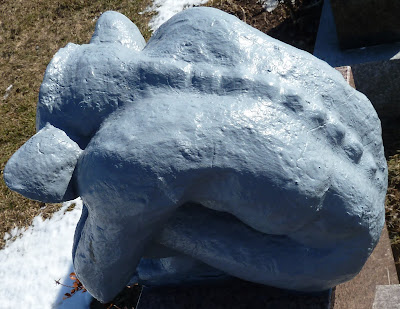 Year in, year out, he sits hunched over this grave.

He mourns her under the blazing hot summer sun
and through the cruel storms of winter. 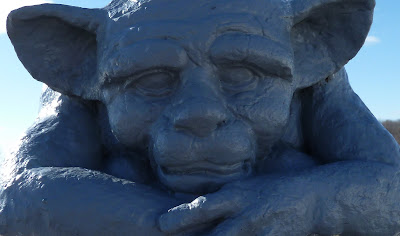 This is the beginning of  March.


Soon everything around him will speak of rebirth and renewal and hope
but he won't see it.

Trapped in the bleakest hours between
Good Friday and Easter Sunday.

Posted by The Episcopagan at 5:48 PM