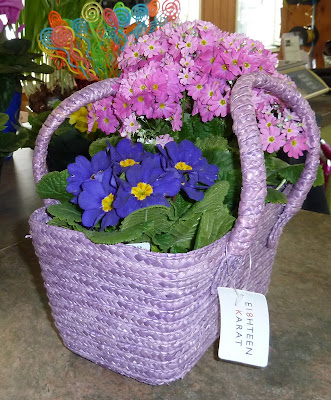 Isn't this a sight for frozen eyes?
I went to the Rice Road Green House yesterday to buy bulk bird seed and I spotted it as soon as I my eyeballs thawed. 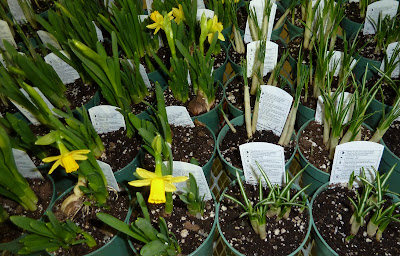 Anyway, I actually wanted to talk about my survey on eating cheese made from human breast milk.
If that doesn't interest you﻿, then you can just enjoy the pictures.
Let's get started.
Seven people voted and ten people commented - most on face book. 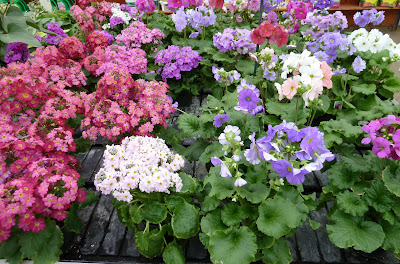 Six people said they wouldn't try human cheese.
Three said they would.
One was undecided.
A bunch of people read the﻿ blog and didn't say anything.
The silent frozen majority, I guess. 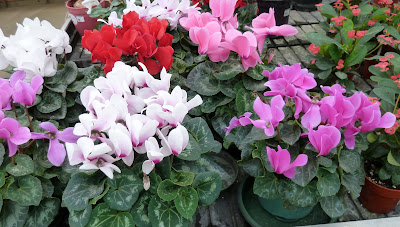 When I first asked the question I didn't know that Health Canada had issued a warning against eating human breast milk because of the danger of HIV and hepatitis.
That's scary.﻿ 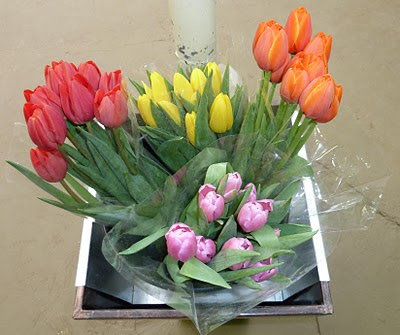 So forget about human cheese.
Somebody should be selling edible flowers dipped in chocolate.
In Canada.
In January.
Yum.

Posted by The Episcopagan at 6:19 AM