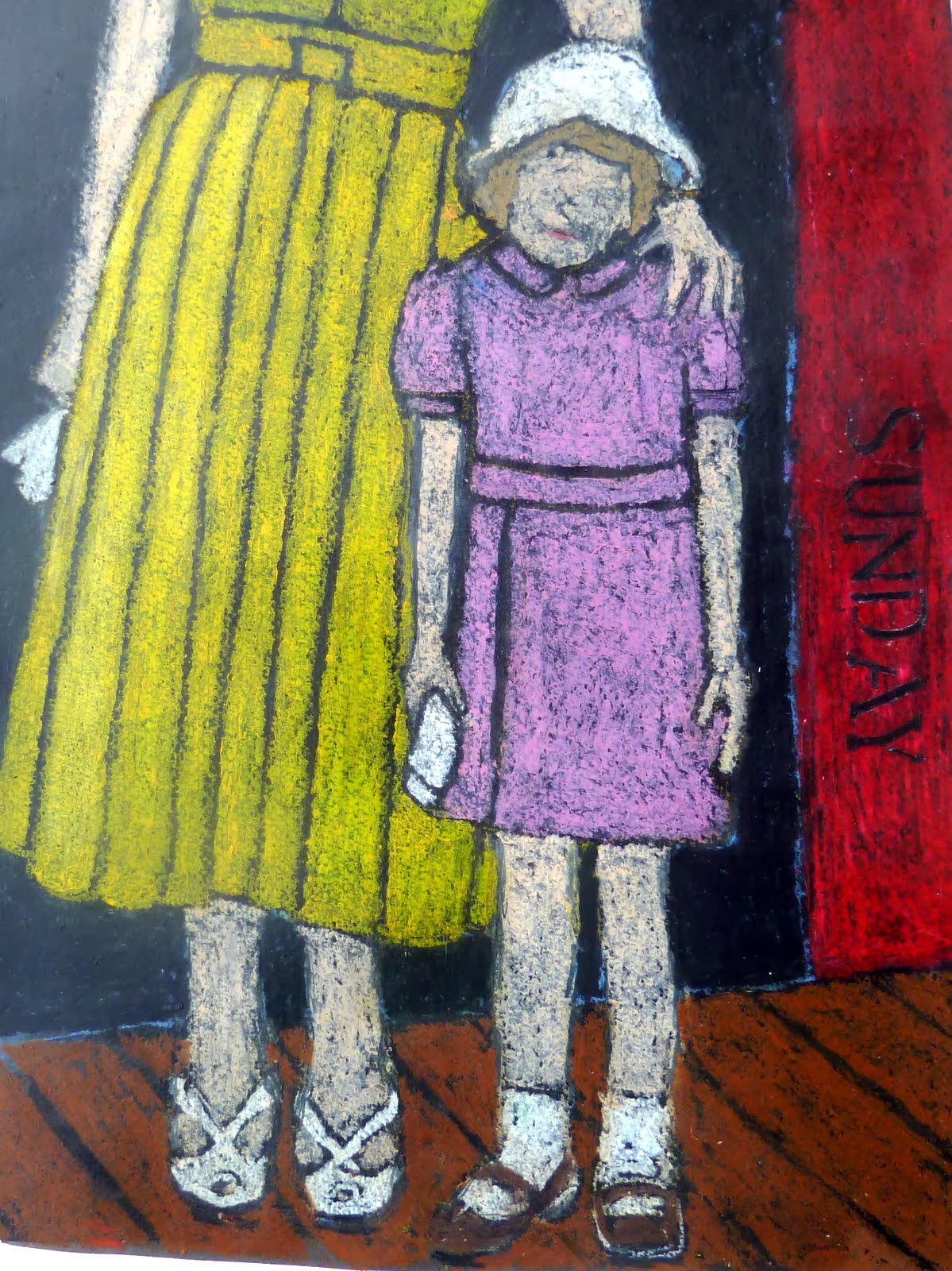 In the 1950s in Merritton, Ontario, most women and girls went  to church
on Sunday.  We wore hats because if we didn't we would die and
go straight to Hell.  We wore gloves because...
Actually I don't know why we wore those white gloves, we just did. 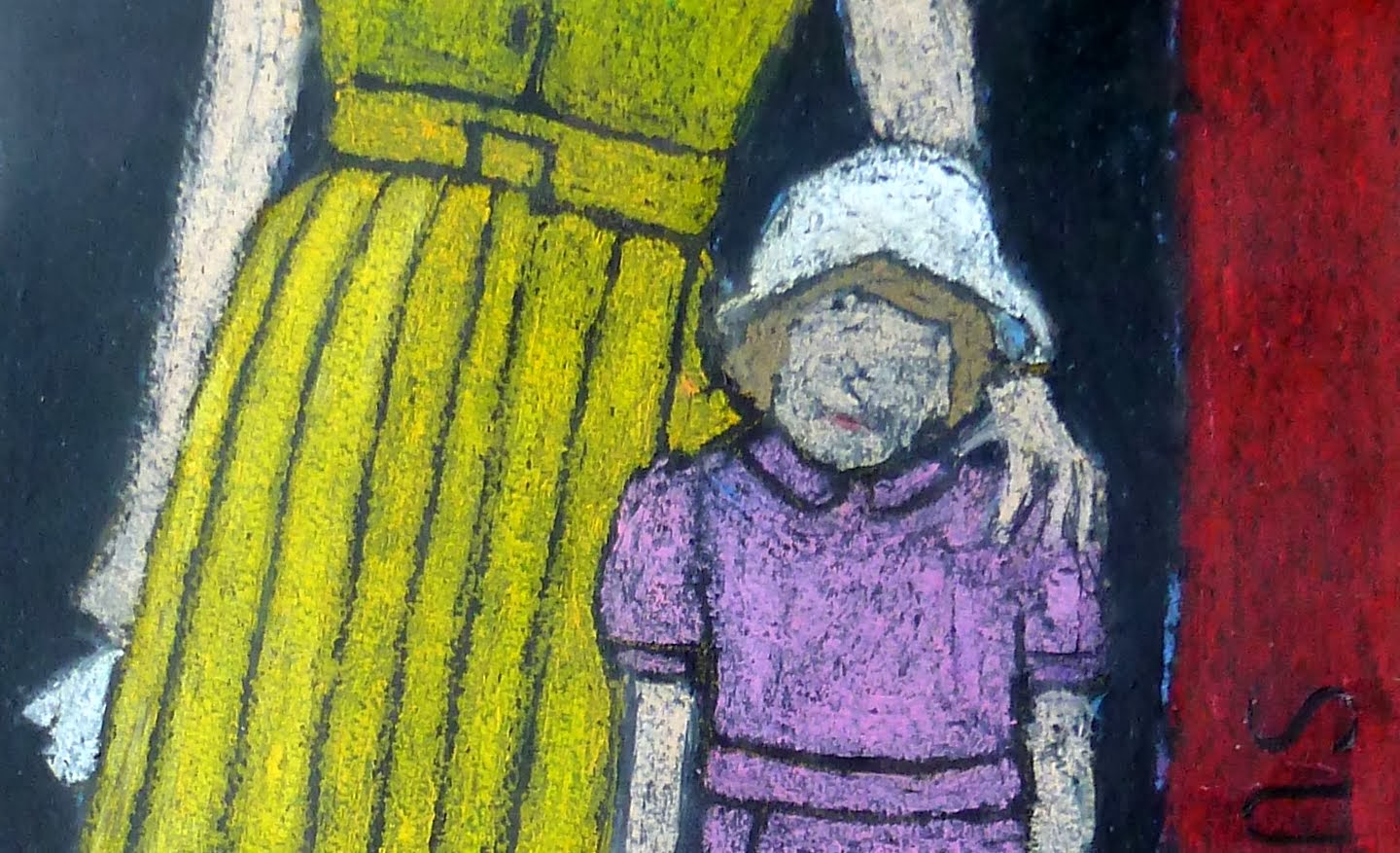 into heaven without going to church.

church was largely a women and children thing.


Except for the person in charge.

That was always a man.


But we didn't question those traditions.


We just went to church as if it was a bodily function that was automatic.


And I didn't mind it, even had fun sometimes.

But holy cow I always had such fricken cold knees!

Posted by The Episcopagan at 4:53 PM

Email ThisBlogThis!Share to TwitterShare to FacebookShare to Pinterest
Labels: 1950 society, Church in the 1950s, oil pastels