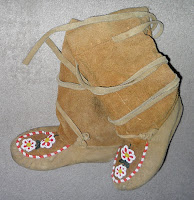 When I lived in Dawson City, Yukon, there was a man I avoided as if he had the Spanish Influenza. Not because he was bad looking or smelled or was abusive. I avoided him because he was so needy.
His name was Man-Who-Wanted-a-Wife. Man-Who-Wanted-a-Wife did things for people, particularly women. He majored in being helpful.
But he was so depressing and self-centered that even a few minutes in his company was enough to drive me gratefully back into spinsterhood.
This is not the story of how I discovered his nobler side.
"FIRE! GET OUT! FIRE!"
I recognized the voice. It belonged to a teacher who lived in one of the bottom floor apartments in our 12 unit prefab building.
I heard her start pounding on my neighbour's door.
I hadn't been completely asleep. I had heard the town's fire siren wail a few minutes earlier and had debated about getting up to see what was going on. Fire was a big source of entertainment in Dawson City in those pre-computer days, but it was 11 p.m., extremely cold outside and I had to work the next day. I had decided to stay in my warm bed.
"We're on fire," I thought. "I have to get up!"
I stumbled to the closet, threw my parka over my nightgown, grabbed my mukluks and headed out the door. I could smell smoke.
I ran barefoot down the closest staircase but I pulled up short when I saw the fireman standing in the doorway.
It was Man-Who-Wanted-a-Wife.
It would be hard for any man not to look good in a fire fighter's uniform. He was no exception. I hadn't imagined him doing anything so selfless and brave. I ratcheted up my opinion
But the door to the building was open and it was 30° below zero.
"Have to put my mukluks on," I said to him through chattering teeth.
I fumbled with the long laces.
"Never mind those," he said in a manly voice as he swept me into his arms and carried me next door to safety.
Oops. I lied.
That's not what happened.
Actually he knelt down and slipped the mukluks over my bare legs and then carefully laced them up before he smiled and held the door open so that I could leave safely.
Okay, that isn't what happened either.
The truth is that give me an irritated look and said in his whiny voice, "Well, hurry up, will ya!"
What a crab.
Reality 1, Romance 0.

Posted by The Episcopagan at 9:26 AM

The fire started when a 'maintenance' man tried to thaw some frozed pipes with a blow torch. We were allowed back in a few hours later. Man-Who-Wanted-a-Wife, did in fact find one a few years later.