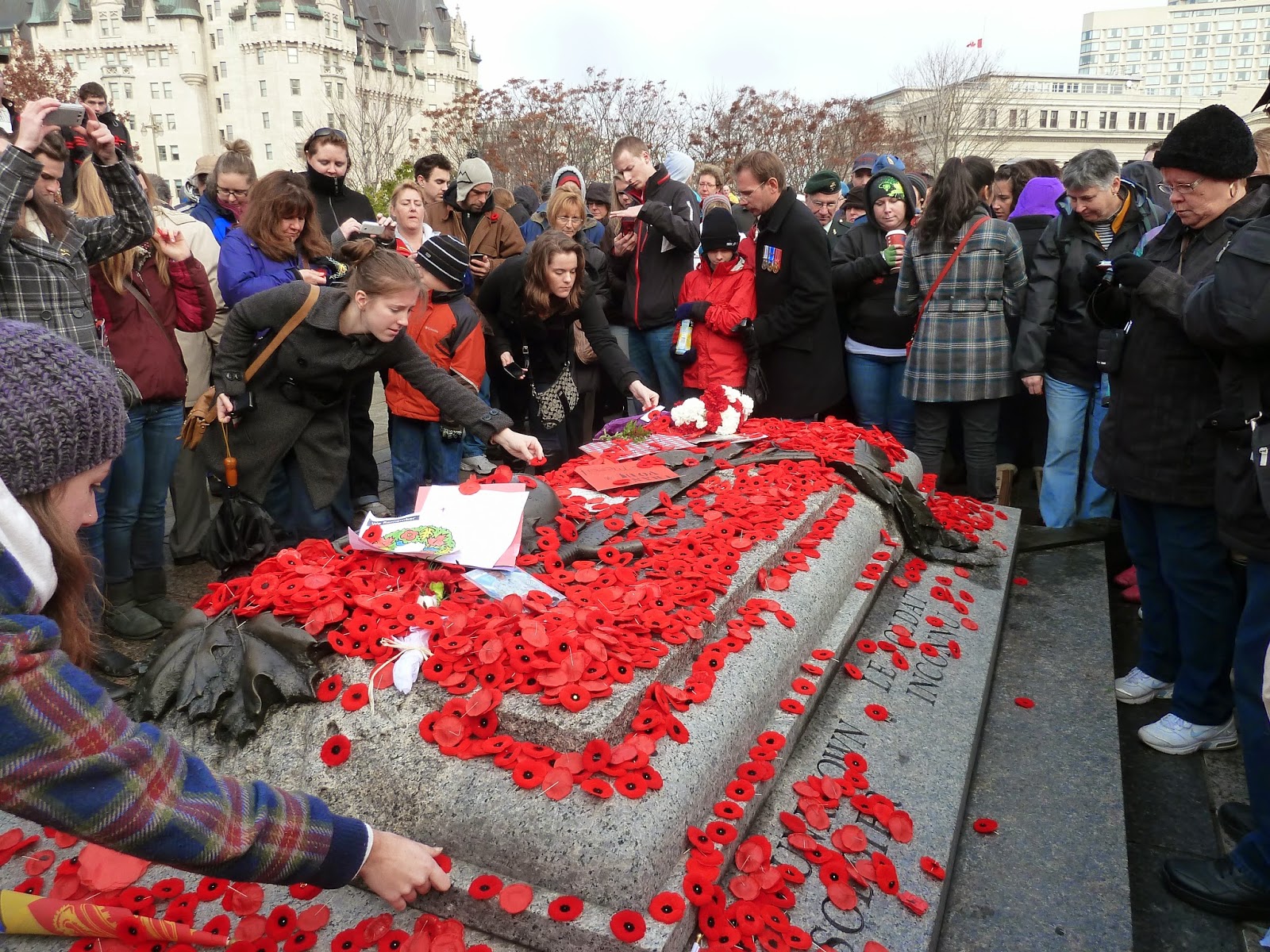 He was shot in the neck and bleeding heavily, a

Stony Creek.  He had hit Juno Beach on

Highlanders of Canada. Somehow  his buddies got

him to the ambulance.  They took off but in the

chaos the ambulance got lost and he bled out.

I know about him because my Dad, his friend

and fellow Argyll was with him when he died.

The Argylls went on to be part of the liberation of

Holland and helped bring about the fall of Nazi

In their memory Cpl Cirillo of

of Canada was standing guard at the National

War Memorial yesterday by the tomb of the

Posted by The Episcopagan at 8:15 AM